Uganda is among the countries with the highest teenage pregnancies in Africa. Nearly 40% of women have given birth before the age of 18. Many of those women are uneducated, leaving them with no hope of breaking the cycle of poverty.

Remnant Generation is committed to helping young mothers achieve a level of formal or vocational education to enable them to achieve their Godly purpose. Unfortunately, many of these women are so far behind in their education that a return to primary school is no longer a possibility. 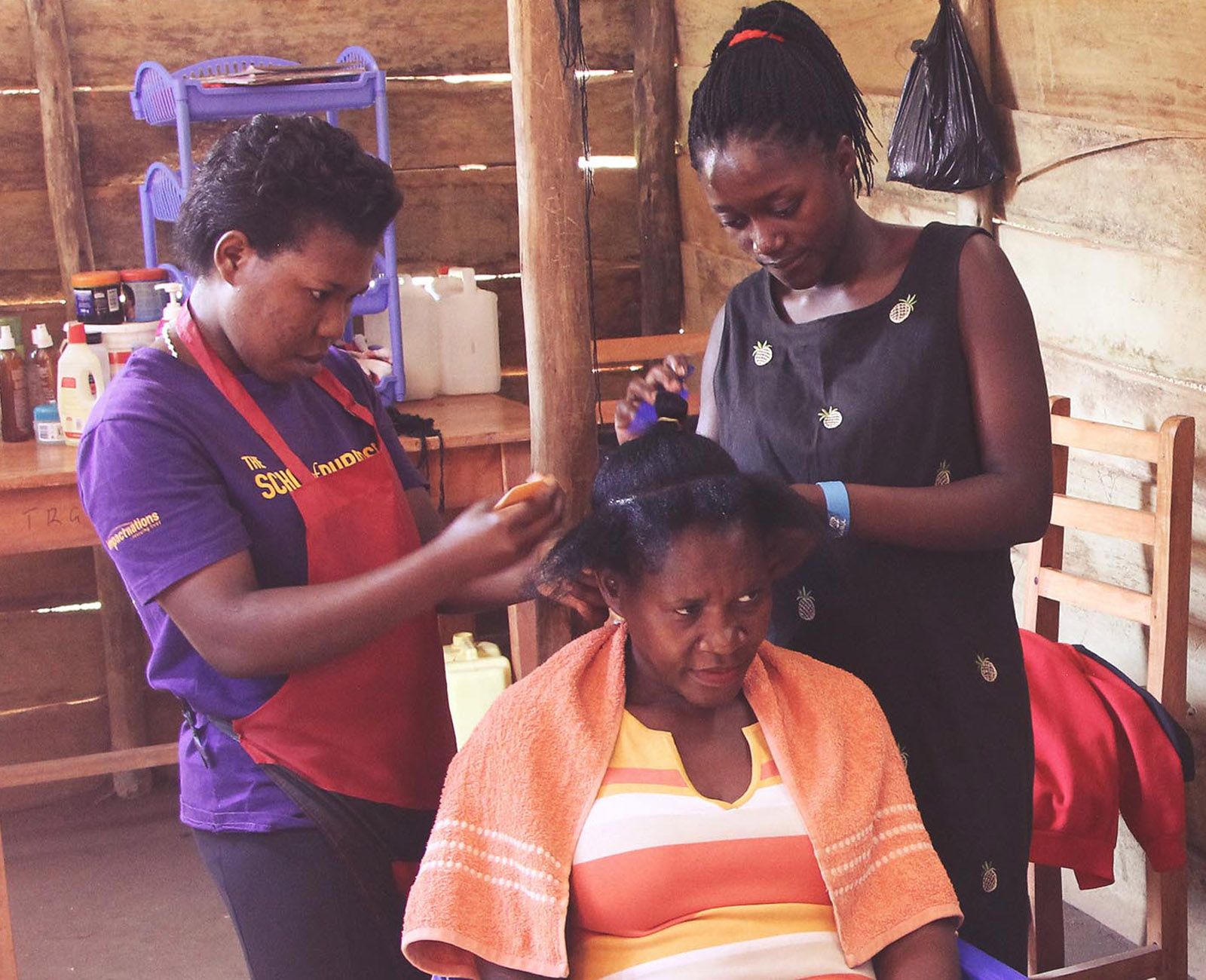 The School of Purpose is a tailored skills training program that will incorporate both formal and informal teaching strategies to ensure that no girl is left behind. The school will be set up on Remnant Generation’s existing property and will include courses such as; knitting, urban farming, hairdressing, literacy and numeracy, life skills, and Bible classes.

In the first year, 30 women that are currently in high-risk situations will be welcomed into the program. By year two, the School of Purpose will be ready to expand to 50 students, 30 of which will be paying tuition in order to help subsidize those who are in the care of Remnant Generation. 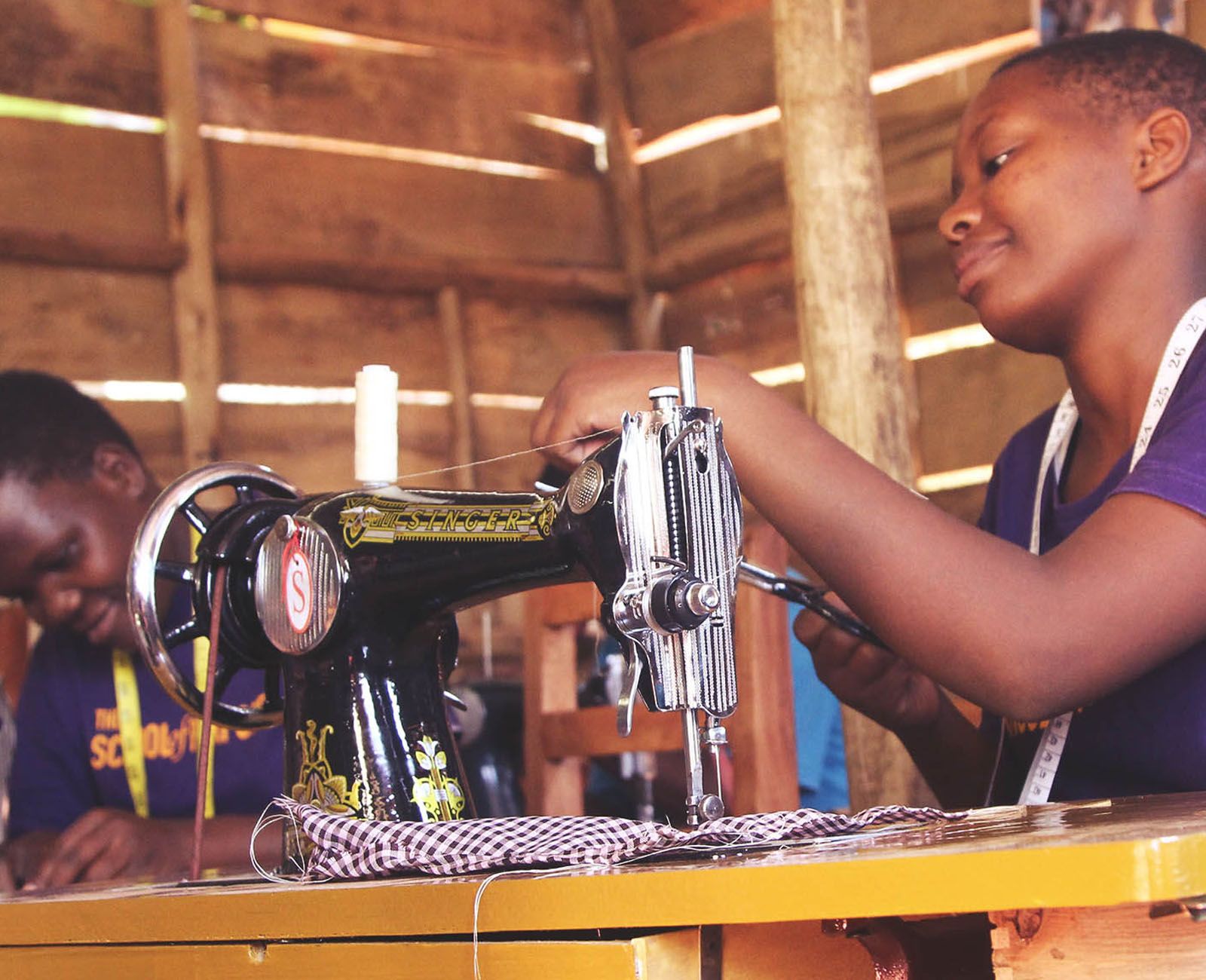 The Remnant Generation has now instituted a salon on wheels as well as a catering business. The top students earn the right to an apprenticeship in the salon, the profits of which will soon fund the entire program.

Impact Nations has run similar programs in India, where we had over 400 women graduate from sewing schools.  Our Indian partners have reported that 85% of those women went on to be self-sustained as a result of their new skills.  We are praying for similar results in Uganda. 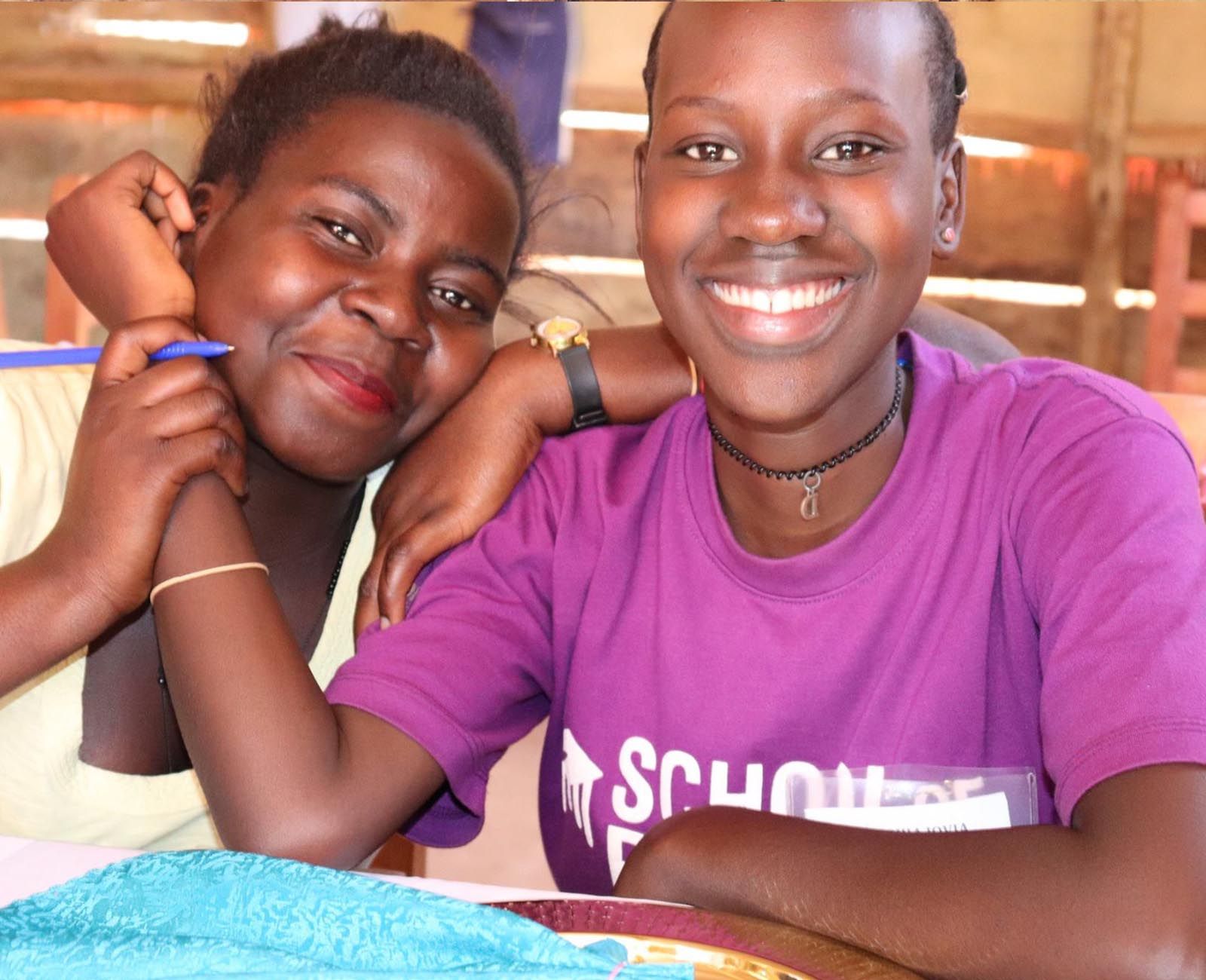 The Remnant Generation took inspiration from the story of Moses' staff and turned this crisis into a threefold opportunity to bless their community. By making and selling masks, they have employed women, brought economic freedom to the poorest in their community, and saved over $1300 to invest in the School of Purpose!

The Remnant Generation has continued to care for women in their princess shelter and has found creative ways to support their girls who live in town. 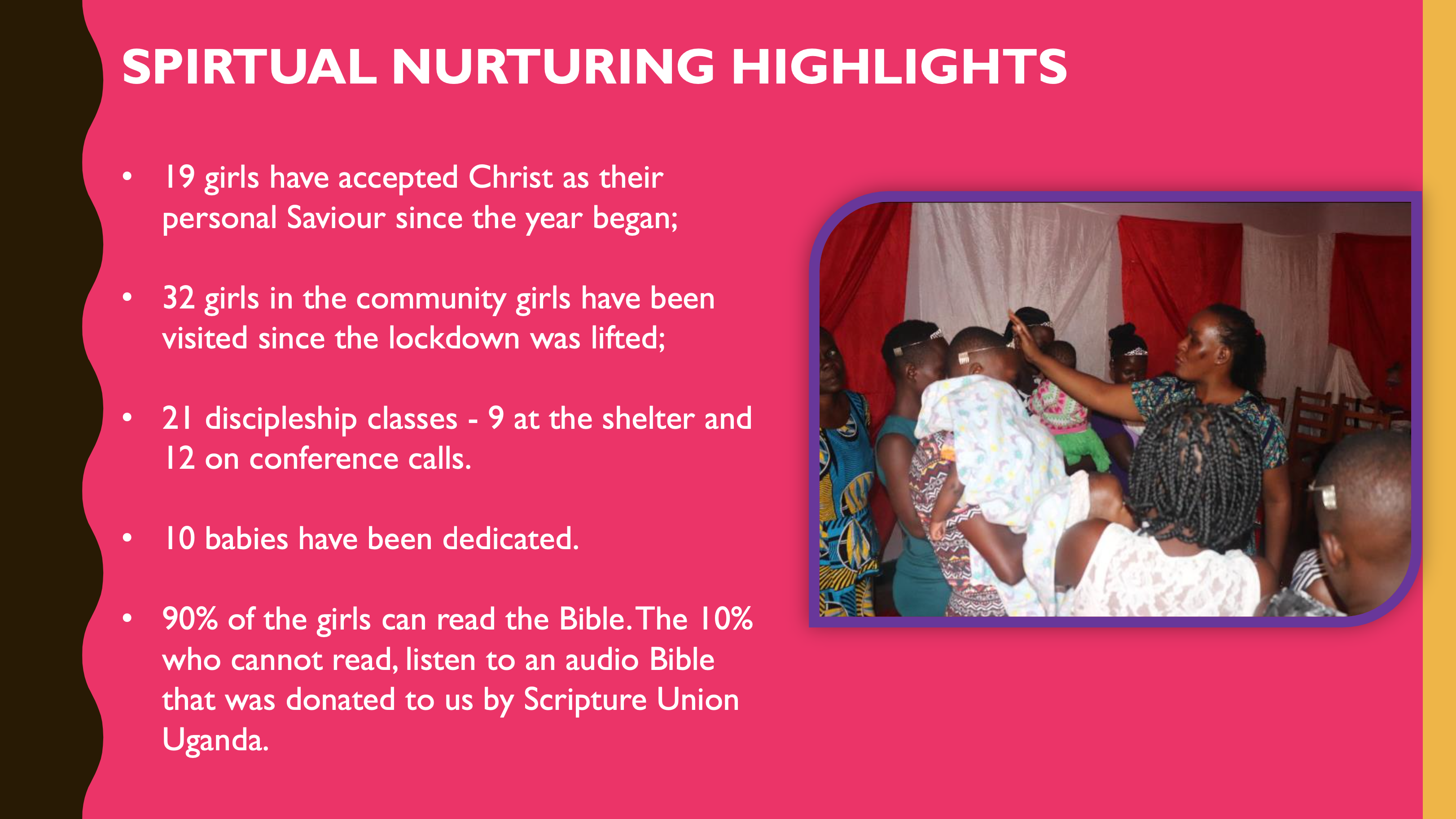 Norah graduated from the School of Purpose in November.

The man who took her as an intern taught her to cook one dish in this parking lot behind a bank. She decided to cook the bank employees lunch. Norah got more customers and the man gave her the business. She now sells 100 customers lunch in the bank dining room every day.

She’s hired 10 staff including the auntie who used to persecute her. She pays commission on each plate they sell. She makes 1000 UGX profit on each plate. 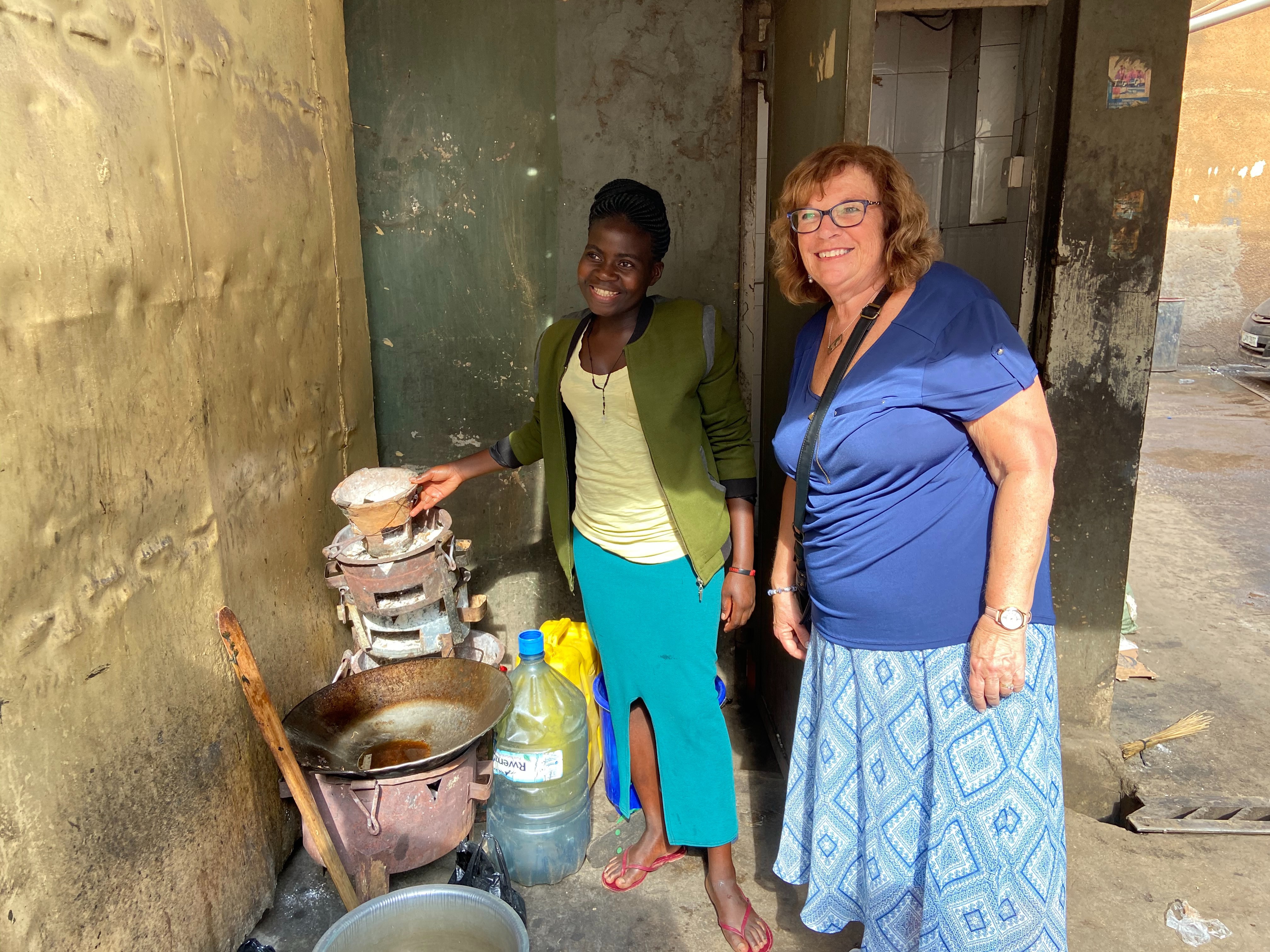 This Christmas, you can give the gift of sustainability to a girl just like Ketty! 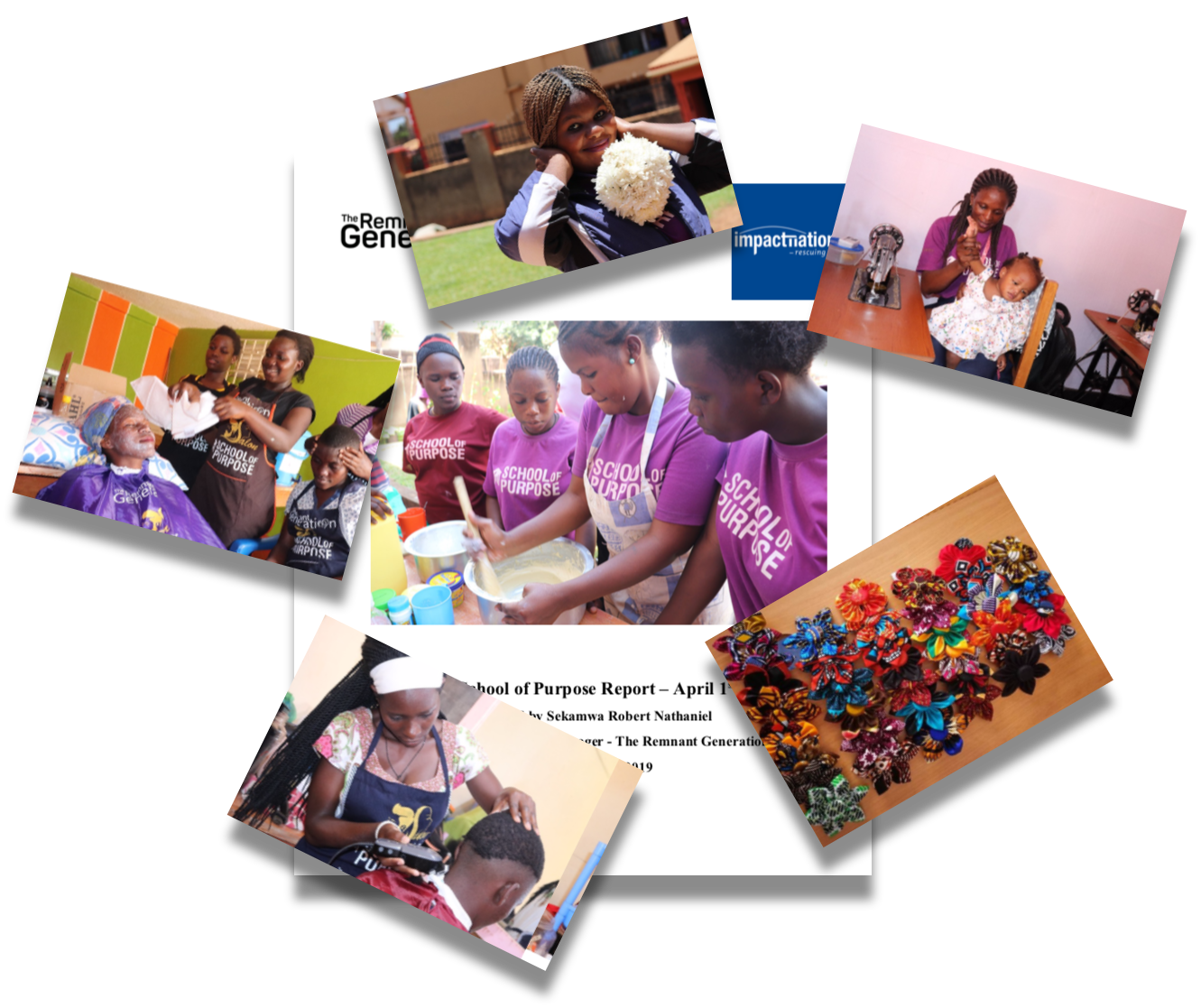 The Remnant Generation’s September report rejoices over the end of another wonderful semester.
The report details the stories of Swabula and Asha who have both risen above their circumstances and are building new lives for their families where their true personalities and strengths are free to shine.
Along with beautiful success stories, the report also gives insight into the tenacity of the team as they are “hitting back harder” to overcome unforeseen challenges.
Click here to read the full report. 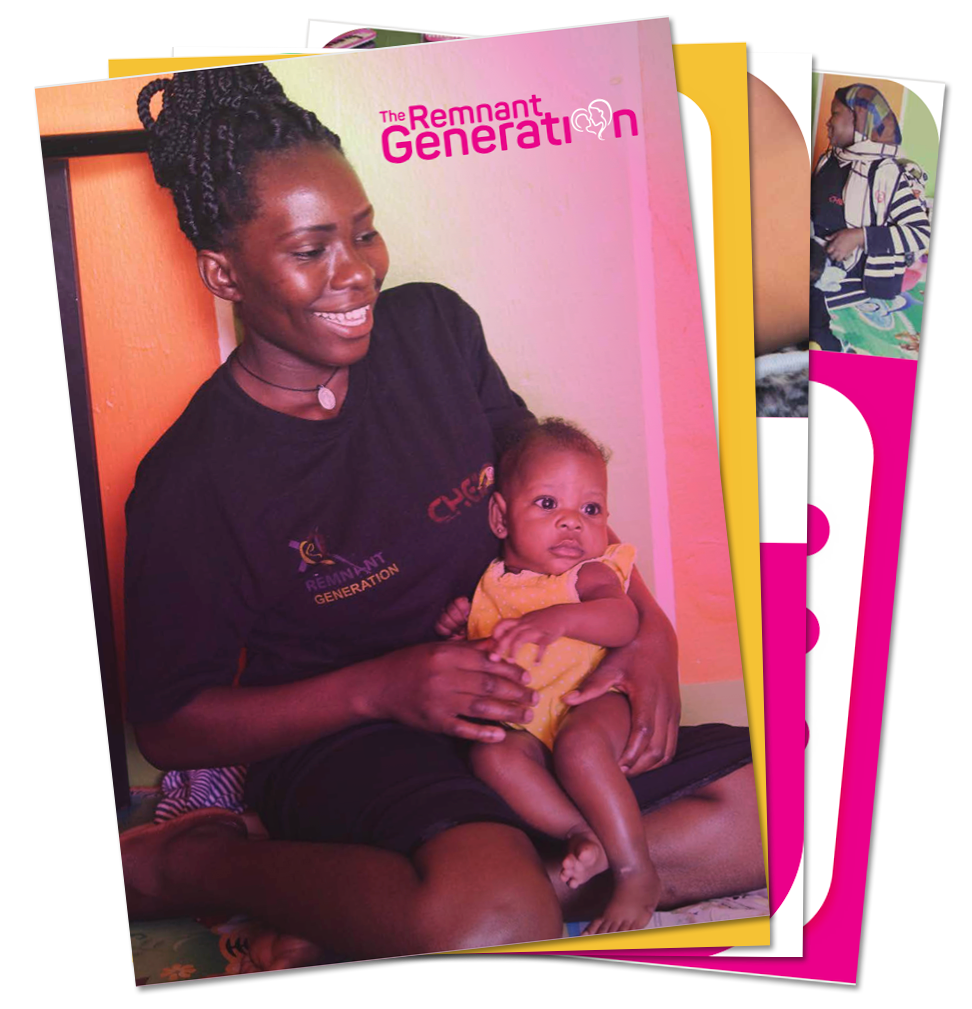 The Remnant Generation recently had an intense weekend! With two girls in labour at the same time (earlier than expected) and another girl with a bleeding condition which caused fainting and dizziness, a fourth girl was diagnosed with a kidney issue!

Thank you for praying friends. One girl delivered normally and another by c-section. We have a baby boy and girl born just hours apart. Both babies still in nursery but the condition is not very worrying. God is awesome. Mamas are healing slowly. Hopefully we can be discharged by Wednesday.

And another one preg teen mom was admitted to manage the bleeding & for further checks. Her platelets are very low. She needs a transfusion and we need a miracle to find a match. Keep praying.

Two babies have been born out of this intense weekend! One baby was born underweight to her 15 year old mother. After improving in the ICU, she and her mother have returned home to The Remnant Generation!


Joyous, who had the serious nosebleed, was discharged on Saturday. She is in a better condition. Bleeding stopped and we are making sure she eats and drinks on time. She is on a special diet. Her platelets are still being monitored so she has to go for checks every week.

Construction, Furniture and Materials: "We are happy to report that the classrooms are ready. The staff and resident girls have been working hard helping out with carrying materials, clearing the space and this we did with so much fun...The Remnant Generation has procured carpentry services to make 30 chairs, six tables, two black board and a notice board. All furniture is still work in progress and we expect it to be ready by the 3 rd week of June."

Community Mobilization: "Our team of social workers joined by volunteers and some of the girls in our care has been moving within the community to identify vulnerable girls that need an opportunity to acquire a skills. This was one of our strategies to ensure that we get the right girls onto the program. We have engaged local council leaders and churches in this exercise. This exercise was a huge part of our regular community outreaches. From the responses received so far from these outreaches, we expect that the numbers of girls applying to attend the school will be more than what we can accommodate the first semester. We only have 10 slots available for semester one. The girls to come in will be screened and selected carefully with priority given to the girls that are highly- at-risk. The rest of the girls will be accepted into the school in semester 2."

Yes I want to Empower Teenage Mothers in Uganda!

Online payments are one of the most cost effective ways for us to fundraise. Automation eliminates human error and streamlines our financial operations so we can focus on our mission.

Help make the most of your donation by eliminating the very few remaining costs we incur when fundraising online, including: